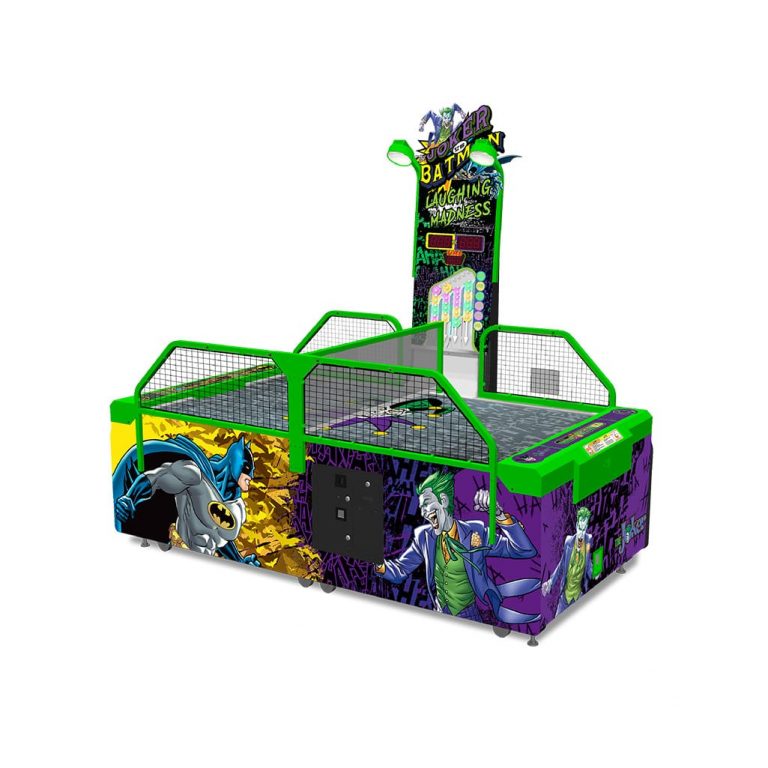 The Joker and Batman are battling it out for Gotham and only you can decide who wins!

Play as either the Joker or Batman in this exciting new arcade machine from BANDAI NAMCO. The gameplay is similar to our ever so popular “PAC-MAN Smash Slimline” air hockey table. The game starts out with the players on each end of the table playing as Batman or the Joker in a classic game of air hockey. Lookout though, because randomly throughout the gameplay you will hear the Joker’s laugh and the “LAUGHING MADNESS” will begin! The game will release dozens of mini pucks from the center tower onto the playfield causing a crazy scoring frenzy! Up to four players can play simultaneously in a frenetic battle of the pucks that is unlike anything else at the arcade.